105 replies to this topic

Because they took of their dark color skins so they can be nakkie! Skinny dipping in the dirt. 😆

Why do wavy chips taste different from smooth chips?

Because the people who program taste can't fit the same taste data onto the wavy chips that they use for the smooth ones.

The numbers, Mason, what do they mean?

The numbers mean to get the house cleaned up, but they keep falling asleep.

Why does a ceiling fan spin?

Why is are littles so hard to catch?

Because we're naturally covered in grease so we can squeeze through doors to pixie castles.

Why shouldn't you ever say that you don't believe in fairies?

Why does the sun set?

because the sun gets tired and needs to take a nap

Why does the clock go so slow?

Because the little elves that push the clock hands are so tiny it takes them a long time to move them then they need to rest!

Why is a blanket cloak comfier than a robe?

because the cloak can turn you invisible and the robe robs stores.

Why do stars twinkle in the sky?

Because if they stayed solid we'd see them all day

Why do I need so much coffee?

Because it has seeped into your system and now you need coffee (like you need oxygen) to survive!

Why are dinosaurs extinct?

"In my soul, I am still that small child who did not care about anything else but the beautiful colors of a rainbow."

Because they were too smart for there own good and we never knew it!

Why am I craving brownies?

Because you are legally required to crave brownies every 2 hours.

Why do we use mailboxes?

Because before mailboxes were invented, the Moon would suck all the mail up like a vacuum, and then blow all the mail out in tiny flecks of moon dust.

Why do noses have two nostrils?

Because it would look really funny with three.

Why am I craving Thai food

Because you were bitten by a radioactive spider from Thailand.

Why shouldn't you look into the sun?

Because you would see just how awesome it is

Why is the sky blue?

The world took a poll and blue was the most favored color.

Why do chickens lay eggs?

"In my soul, I am still that small child who did not care about anything else but the beautiful colors of a rainbow."

Chickens first started laying eggs in the prehistoric era, when they were actually called Floofraptors.

They begun laying eggs to protect their bbz once they're delivered from their lil chicken uterus'. The shell masked the scent of fresh prey.

It's a protective casing that both allows the bb floofraptor to evolve like a pokemon and feed from the nutrients provided inside the shell, before busting out like a lil kool aid man to greet the world.

Then ducks were like, oh man we gotta get on the band wagon. Soon all the birbs started wrappin' their bbz in calcium shells.

But soon the hoomins would figure out where they were hidin' the good stuff and start denying them sexytimes so that they too could eat the nutrients from the unfertilized eggos and become the new master race of chickins. We still haven't mastered encasing our young in shells tho. I think turtles n tortoises got it half right. They still got half the shell on after leavin' the egg.

Why are boogers tasty? 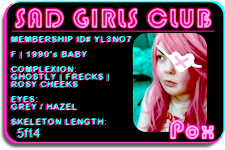 Because the gerbils who run around in your head like to cook but sometimes they drop things and they fall and get stuck in your nose, and that's why they're green is because it's old by the time you find it, poor gerbil dropped a whole omelet but to you it's just a green flake.

Why does the sun come up every morning?

Also tagged with one or more of these keywords: GAME, FUN, LITTLE, MIDDLE, CAREGIVER, GIGGLES, PLAY