96 replies to this topic

I LOVE ginger tabby cats. They are so cute, and the best. If I could fill my house with ginger kittens I would. They just make me squee

Reindeer - Because they help Santa deliver presents & they're majestic & they're soooo pretty & they make cute noises & I want one.

Otters -  Because Daddy took me to an Aquarium as a date & there were baby otters in an outdoor pen & they kept calling to me to feed them and when I'd walk past their pen they'd chase me :3 I NEED ONE.

Ginger Tabby Cats - I've owned 3. Jerry was my first, he wouldn't leave my side & loved to Sunbathe. Elliot was my second, he has white paws & chest, he was shy & scared of the rain, but loved turning the kitchen tap on! Then there's Ed, he's my current, I hand reared Ed from 3 days old cause his bio Mum neglected him. He now thinks I'm his bio Mum, he does dog tricks & sleeps in bed with me. (he also doesn't like Daddy touching/kissing me hehehe)

P.S - I own an animal shelter so there's LOTS more I like, but these 3 are my most favourite of all. :3

My favorite animal is a mouse. I know some people don't like them, but I just can't resist them! They're so tiny and soft, and they've got those little earrrs!

Daddy Status = Looking for my Daddy!

How come no one else likes lions?
They're my favorite animal! My second favorite is dogs. But I love lions! They're so majestic and cuddly looking !

I used to say white tigers were great, but going to the zoo I definitely realized I like otters and frogs a lot.

Look at this frog. He is pondering the meaning of life.

But I think monkeys are definitely really high up there for me (2 of my stuffies are monkeys...)

I will execute great vengeance on them with wrathful rebukes.

Then they will know that I am the Lord, when I lay my vengeance upon them.

my favorite animals are box jellyfish, hedgehogs, and mantis shrimp! 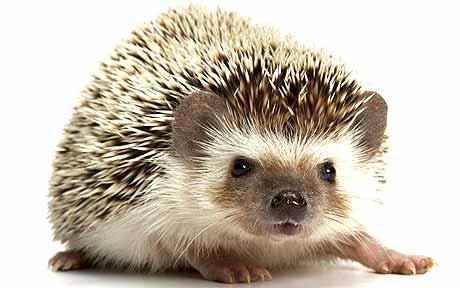 Douse yourself in water, and repent!

They are amazing solitary creatures and I feel like I can really related to them. Plus they have the coolest tail in the feline family!

They are so so pretty and so sweet and their pretty eyes and long necks and  gahhhhhhhhhh. I loves them all!!!!

(FTR all giraffes are named 'Jonathan', I insist.)

My all time favorite animals are squid and cuttlefish. My number 1 is the dumpling squid. They just are so cute and tiny and kinda grumpy looking

I also love Orcas and Peacocks a bunch! Not to mention sharks and dinosaurs <3

Fishes and all kinds of monkeys calm me down. I could watch at them for hours and hours..

You can call me Chai~
Ask me for my fetlife & tumblr!

Mine is a tie between Yorkies, black cats, and goats.

Does anyone else love snakes? I've always had an affection for them since i was a little kid. Some of them have ravishing colors, and even the ones that dont have cute faces. I also love watching them maneuver themselves, stick out their tongues and scurry away. I've never had a pet snake or developed a serious interest but I have visited the Snake Temple in Malaysia where there's a sort of snake zoo (with none of the safety regulations we have in the US).

Also tagged with one or more of these keywords: Cute, animals, cats, dogs, pets