A fun "Corrupt A Wish" game...bring out your playful, dark side

Granted, but it's expired and icky!

I wish for a giant snow. Lots and lots of snow!

Thank you for being here as I re-embrace the Self I'm meant to be.

Granted, but it all turns to slush when you see it.

I wish my bed was a giant cuddle nest!

Done, but it's all black, over cooked and tastes horrible.

I wish I could put my little in her little space, and pull her out of it but snapping my fingers.

Granted but everytime you do it she becomes a little more bratty.

I wish I could have a hug from my CG.

Granted, but they have been eating raw onions and garlic and working outside so they are rather pungent.

I wish I could have crepes right now

Granted but the crepes are sentient beings who scream in terror the entire time and curse your name.

I wish could be more wicked.

Wound by a key.

One more time. Granted on the more wicked.
Though wicked goes to far onto halloween evil.

I wish I had a new loving little.

One more time. Granted on the more wicked.
Though wicked goes to far onto halloween evil.

I wish I had a new loving little.

Granted, but you have to buy her every stuffie she ever sees. (You'll be drowning in stuffies very quickly!)

I wish that Daddy and I had an apartment RIGHT NOW! 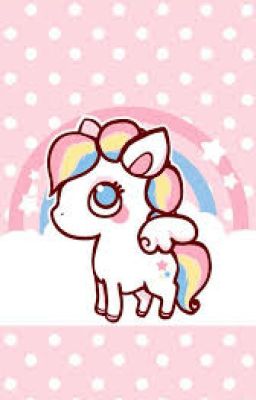 A distressed couple walked into the station today spouting all kinds of nonsense. Doors that would vanish windows that went missing, even doors and windows completely changed location. Clearly, this couple was a couple of crazy people. Well, I can't just arrest someone for being crazy and as distressed as they were acting someone would need to help them. Being the young rookie that task fell on me. So I followed them back home hoping to get this report over with and send these people to people that may believe they crazy nonsense.

First I was so wrong, look chief I know it may sound crazy but please look at video file 56482103 I uploaded into the database today and you can see as I record the windows literally moving around the house and the door vanishing before the camera's eyes. Cheif you know if I was making this up you'd have my badge for wasting your time. Chief we couldn't enter their new apartment for 3 hours until a new door appeared. The windows literally moved around the house at random or would vanish at random. This poor couple how could they function when literally at any time a window could appear and expose whatever was happening in that room to the outside world? The worse part is that this could happen inside with the indoor doors to rooms. Chief I got locked into the bathroom their for an hour because there was literally no door to leave and I left through the tub when the door appeared there. Look chief ever since I came in it's been this weird crap that gets handed to me. They didn't prepare me for this in the academy. I've forwarded them to the new department that we opened up that specializes in this kind of thing. Hopefully, they are able to fix the problem since this couple seems determined to stay at this new place despite the conditions, or perhaps they will make it a literal tourist trap.

I wish for a dream recording device

Granted, but it only records my dreams, which you then make a small fortune with, turning them into stories. But you are a good brother, and share the proceeds with me.

I wish I could ride a pegasus.

Granted but you're scared of heights.

I wish my teddy bears could talk!!

Granted but you are unable to hear them and everyone else can and they all give away your little secrets to anyone that will listen.

I wish to place myself in a stasis of time, it effects no one else aside from myself and in a sense time just leaves me behind forgotten.

Granted!! But there is no longer such a thing as time.

Granted, but now the only thing your mind creates is stick figures

I wish the person below me had an ice cream sandwich


i wish i could shapeshift !!


i wish i could shapeshift !!

Granted! You've shapeshifted into the person below my post favorite snack and unbeknownst to them they eat you.

I wish I had one of those ginormous camp fire marshmallows with coconut on them.

Granted, you have the most ginormous marshmallow you could possibly imagine and it is covered in coconut. Fresh still in the shell coconuts in fact. Enjoy

I wish I could go fishing anytime I want.

Granted, but now you live on a deserted island with no stores and no other life... and you are FORCED to fish everyday for food

I wish I could figure out the best plan for myself

Granted, you have the most perfect plan ever conceived but as you are running to get a pen and paper to write it all down you trip and hit your head.

You guessed it, amnesia. Now not only is your plan gone but you can't even remember who you are or were, let alone who you were going to be.

I wish the next person to post would be visited by a dinosaur as soon as they press post.

I'm visited by the dinosaur from Meet the Robinson's and he tells me all my little plans are not a good idea.

I wish I could have a movie night with my bestest little friend.