Literary Role Playing based around ddlg


7 replies to this topic

Has anyone else role played over the years? And I’m not talking like RPs between each other with small sentences, I’m talking like large paragraphs interacting with original characters. I’ve had many plots over the years, I have a server that I use to share them. For example, this is one of my plot ideas which originally sparked the want to make the novel A Little Love

Muse A = Female = Little /Sub
Muse B = Male = Daddy /Dom
*Looking for Muse B*
Muse A has always been close with a group of friends, but she was usually the odd one out, stressed out by situations where lots of people were involved. So how Muse A found herself at an event with her best friend, she didn’t know.
Muse A knew her friend was into some different things (being DDLg among others) Muse A never really took the time to research it. However, she did find herself agreeing to go to an event where people could meet with potential “Daddy’s,”
At this meet up, Muse A’s friend begins talking with someone, leaving Muse A in the dust and awkwardly alone. Muse A decides to grab a drink and sit at an empty table where she is soon bombarded by men that would take her for unworthy purposes.
Muse B has also come to the event where they notice Muse A being poorly treated by men. Muse B gets rid of them and notices the nervousness of Muse A. Muse B offers to stay until Muse As friends return to her.
Over time, Muse B begins to develop feelings for Muse A , and Muse A would like to try expanding on the DDlg kink and indulge in being little. Muse B then brings her through a world of consensual exploration to learn about her little side.
————
‘I’ve also been wanting to try this plot or creating other plots based around characters newly discovering being little, and branching into abdl. Also wanting to try FxF plot or a mommy dom and little boy. Or a daddy and his little boy. I’m up for creating any plot!

Feel free to read my book A Little Love on Watt Pad https://www.wattpad....8-a-little-love 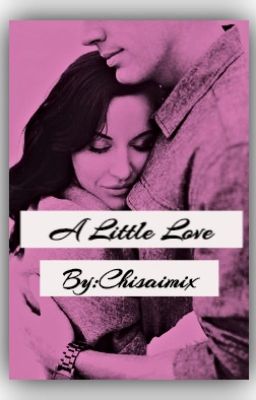 I went through a phase of obsession with literate paragraph RP. I even did one where I played an 8-year-old and my friend played my character's dad and we went on a special 8th birthday trip through outer space, it was pretty epic. I think that's the biggest one that counts as anything close to CGL/ABDL even though that was long before I got into any kink stuff, though at least I was an adult. Oh and I've done some one-off paragraph RP as my caretaker sona, since just about all RP in the babyfur community is between OCs. I may venture into doing RP again someday, I like your prompt! It's nice to see inspiration posts like this.

I do have some ideas for roleplay and would love to try them out.

P.S. I read your entire book and it's amazing!

I'd be down to maybe start a group DDLG related RP ^^ I haven't used DDLG in a roleplay before but I'm definitely still roleplaying as you describe!

I love roleplaying and thought I was the only one! I am pretty limited on who I roleplay with and the last time I did so was maybe 2 years ago after a major event but I would love to be able to do it again!

I love roleplaying and thought I was the only one! I am pretty limited on who I roleplay with and the last time I did so was maybe 2 years ago after a major event but I would love to be able to do it again!

Back to DDlg Discussion